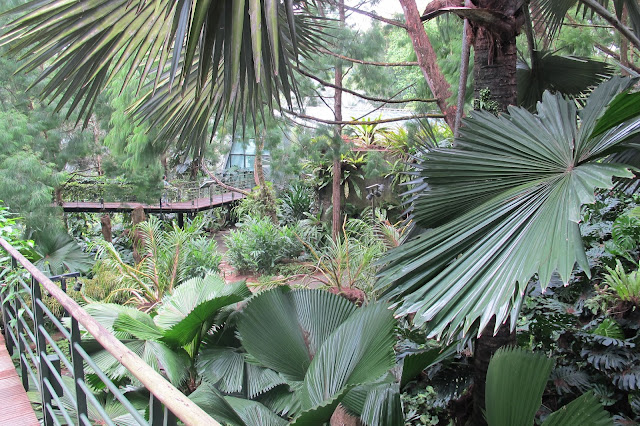 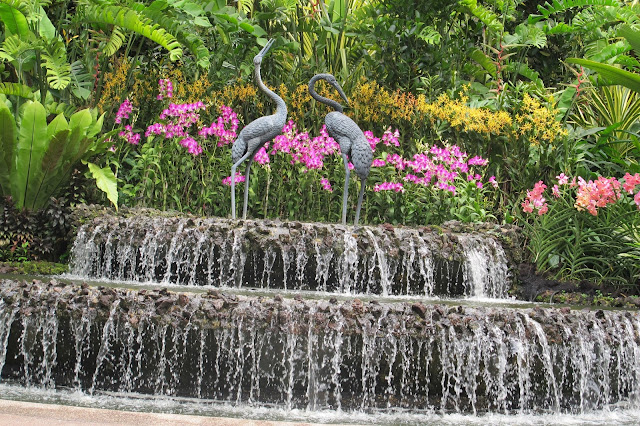 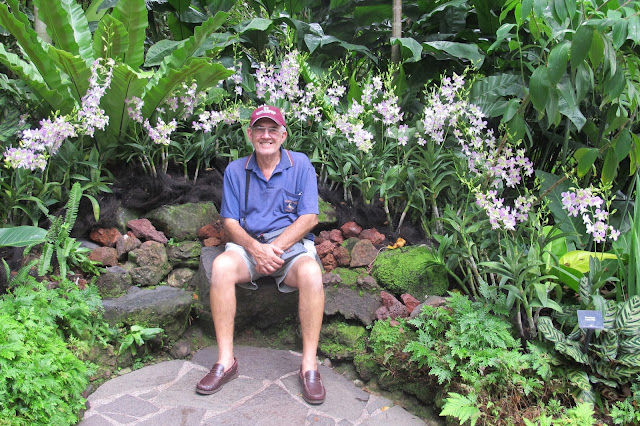 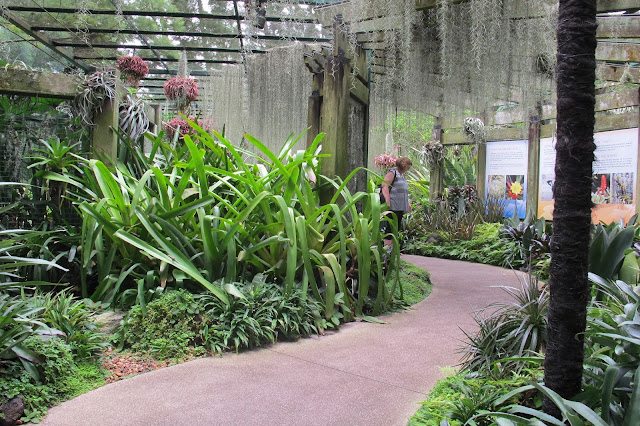 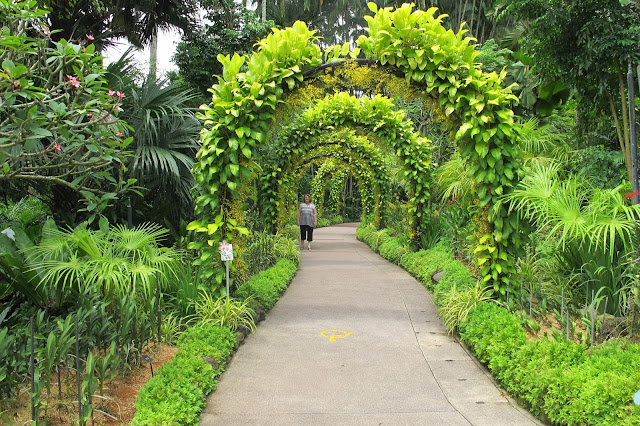 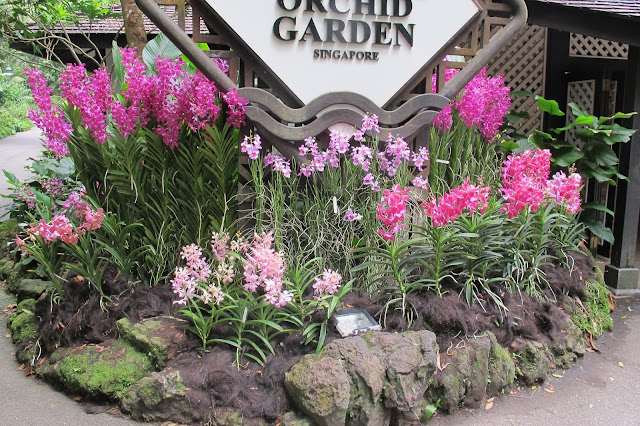 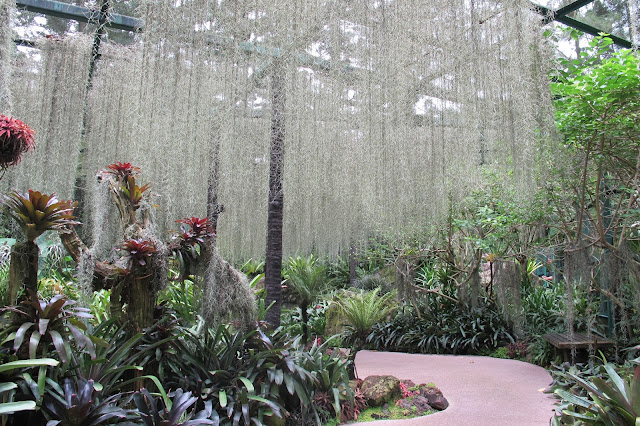 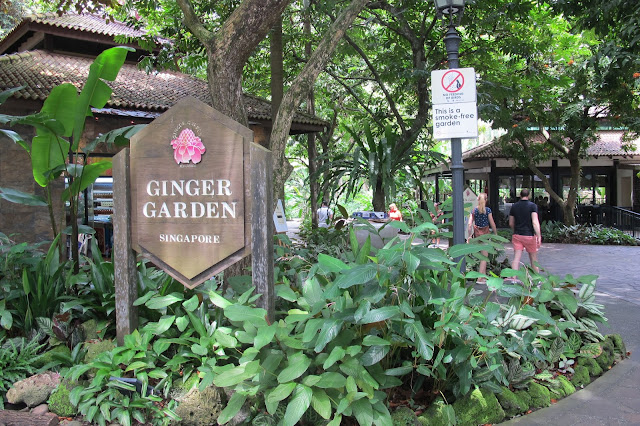 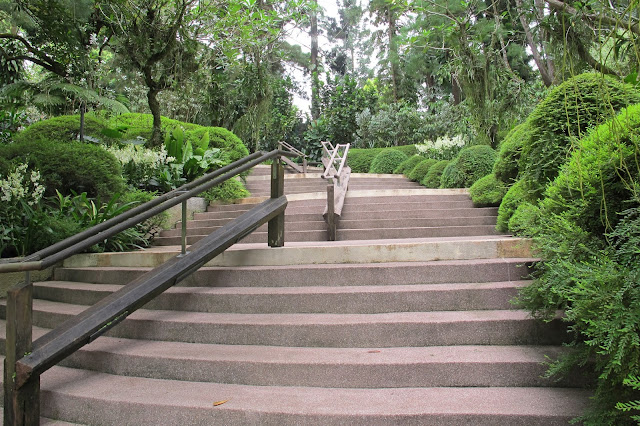 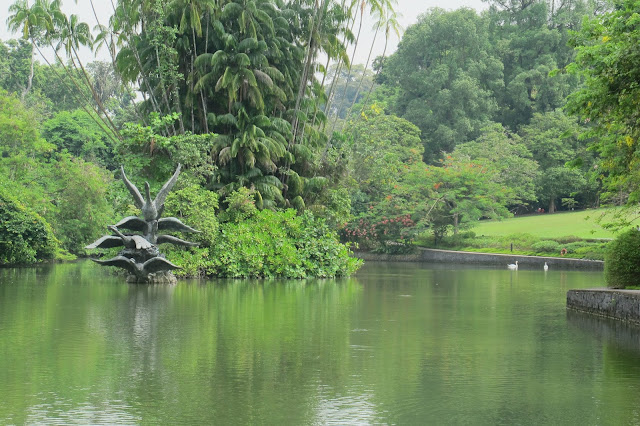 It has taken me quite a while to write this post.
Still don't want to, but can't keep putting it off forever.


I must let you all know that we said goodbye to Missy in late May.
Her body succumbed to multiple ailments of old age and John and I had to let her go. It was one of the saddest days of our life.


In typical Missy style she was gentle and gracious to the end.


Of course, we know, at 17,  she lived longer than most dogs and she had a wonderful life. She gave us so much joy and fun and I am grateful for every moment... but my heart still aches and my eyes still sting.

The big photo shoot almost didn't happen. Missy had an appointment with the vet at 8.15 am. We didn't realise until we got there that she needed to stay until 4.15 in the afternoon. The photographer was booked for 4.30.
We decided to see if we could pick her up a little early and headed to the beach and arrived just before the photographer. 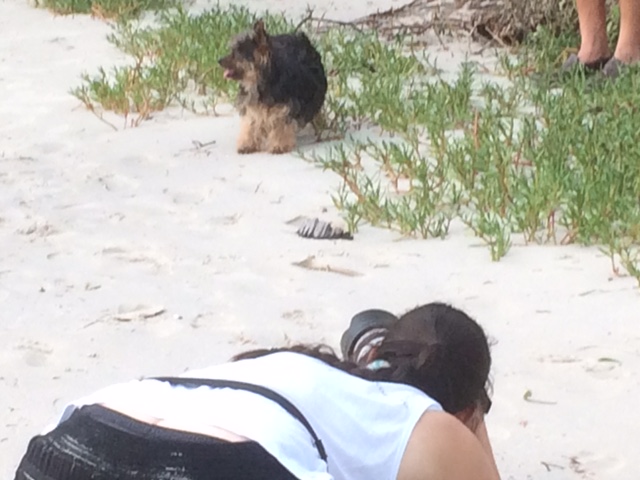 The photographer, Charlotte, has been photographing pets for 10 years. It was very obvious she loves what she does and is very good at it. Missy was instantly at ease with her, even after her traumatic day at the V.E.T. 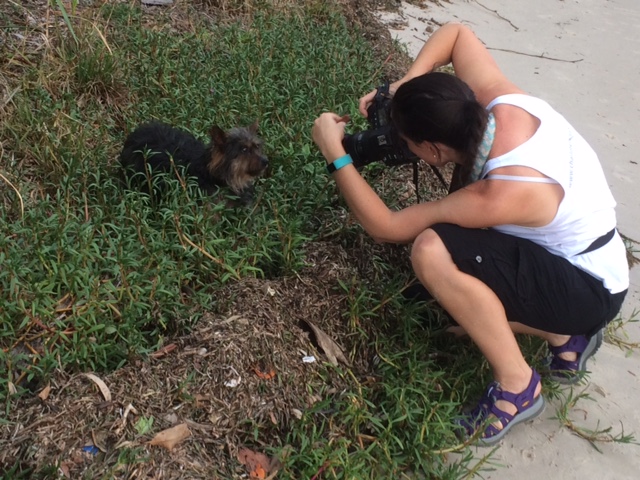 She took a variety of shots - close ups, distance - not a lot of action shots because poor old Missy's not so active anymore. 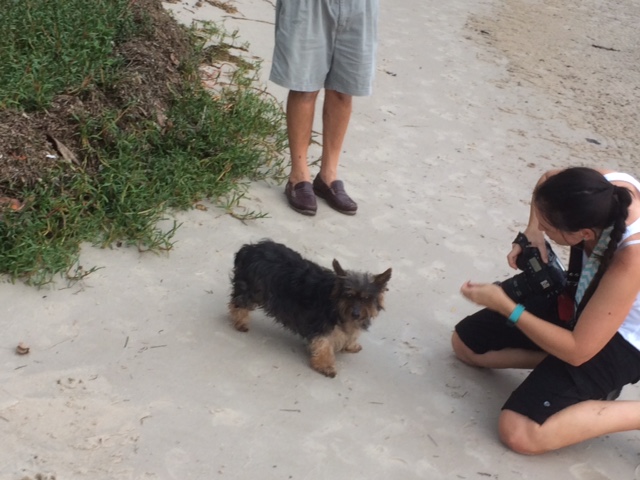 She used treats to get her attention. Missy loves treats.
I think she thoroughly enjoyed not only the treats but being the centre of attention. 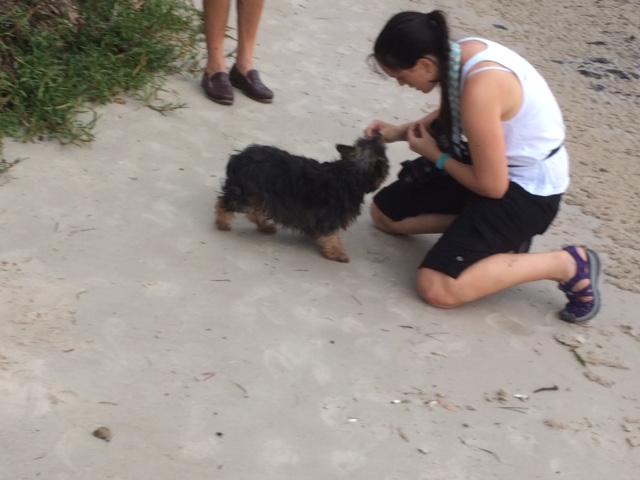 Check out Charlotte's website. http://www.charlottereeves.com.au/  Her photos are fantastic. 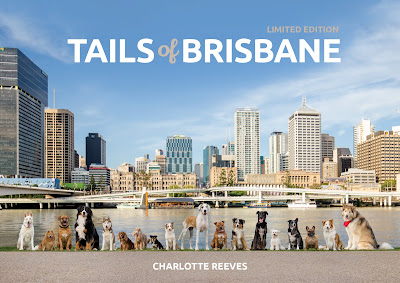 The book features dogs having fun at their favourite places around the Brisbane area. 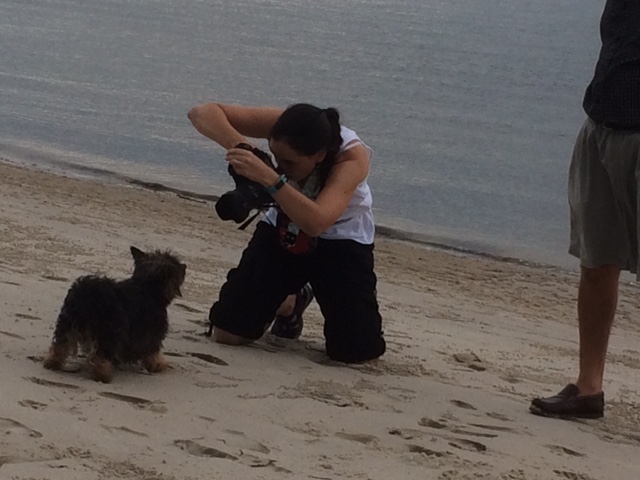 The session went for two hours until the light started to fade and Missy posed and looked at the camera throughout - with the encouragement of treats. 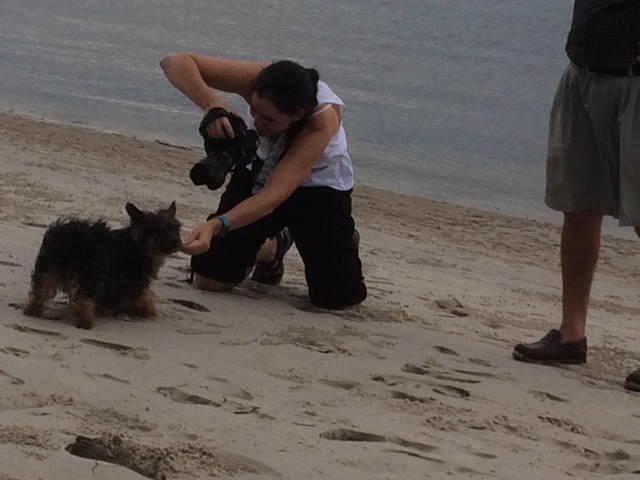 Thank you so much Andrew for such a wonderful gift.

It's not just old age after all

As you know Missy is getting on in years. Most dogs don't make it to 17, I know. Over the past few months we have watched her become a frail old lady. The small step over the sliding door frame became a major obstacle. Mats placed either side helped a bit but one too many toilet accidents meant the mats had to be thrown out. She sleeps all day and has put on a lot of weight. She still loves her food. In fact we felt she's got a bit obsessed with food lately. We tried cutting back her food, but she was always hungry even waking up crying for breakfast at 3 am. She developed lumps and bumps all over.
We took her to the vet who reassured us that she is as healthy as can be expected for a dog of her age and this too be expected. Then last week she couldn’t get up from sitting. For the first few times I picked her up and placed her on her feet she just fell over, then she wobbly-walked to her food dish.
An appointment was made with the vet. First available appointment was Saturday. We feared the worst. We have a booking with a pet photographer next weekend (a gift from my son) and I was thinking it may not happen. It may be too late.
The young vet who covers the weekend shift examined her and confidently announced. “I think she has Cushing's Disease. I’ll take some blood and confirm it.” Sure enough. He was right!
He explained that with treatment, even in an old dog, some of her symptoms and her quality of life should improve quickly others may take 3-6 months to improve, but she should recover.
I’m so thankful for this young vet.
Cushing’s disease is often mistaken for old age (even by some vets apparently) but looking on the inernet, Missy has all the symptoms.
The most noticeable signs of Cushing’s syndrome include:
Patchy hair loss, recurrent skin infections ü (from http://www.canine-cushings.co.uk/))
I'll let you know how she gets on and how the photo shoot turns out..
Posted by Roslyn at 5:43 PM 1 comment:

How was your Christmas?

Preparations for Christmas were underway. We decorated our front yard with lights. Hadn't got around to putting up a Christmas tree just yet.... but that's as far as we got.

A couple of weeks before Christmas, I'd just left work and was looking forward to the lighter traffic which the school holidays bring, when suddenly an out of control car sped across three lanes, spun around and hit my car head on. All I saw was a quick flash of red car, then smoke, pain, air bags and the other car planted where my engine used too be. No time to brake or react. It happened in an instant.
My first thought - I'm alive that's good. A passer-by came to help me out of the car and another called the ambulance and police.
Although my chest, arms and legs were all painful, I could stand and walk (with help) to the side of road. Someone brought a chair for me to sit on.
The police arrived a couple of minutes after the accident and the ambulance a minute or so later. They took me off to the hospital emergency department where I was checked out and declared OK to go home - no fractures, just severe bruising. Luckily the air bags and crumple zone in my car had worked together to prevent any serious injury. Both the police and ambulance said it was the car's safety features that saved me. So I'm replacing it with the same type of car. (a Hyundai i30)


Not funny at the time, but later maybe.... While I was on the roadside I tried to call John but his phone was engaged, so left a message saying I'd call again later. But, I forgot to hang up so he got a couple of minutes of the police explaining that they would be taking the car away to clear the road but first I would go in the ambulance. As you can imagine he was relieved when I finally got to call him back.


So Christmas came and went and I spent most of the time lying in bed or sitting with my feet up. We went to my son's house for Christmas lunch which was very nice, but I never did get to put up the tree. I had 2 good nurses though. One brought me food and cups of tea. The other lay at my feet and slept all day to keep me company.


I'm back at work now - still have a few aches and pains but healing well. I pick up my new (same as the old) car this afternoon and life goes back to normal.

How does your garden grow?

The garden is a little over a year old now and although I don't get to spend much time looking after it, it doesn't seem to mind.

All the plants are doing what they're supposed to do. Since I haven't posted anything about the garden (or even taken any photos) for ages I thought it was about time.

The bird bath we brought with us is used by local willy wagtails. We don't get the range of parrots visiting that we used to in Missy's garden but they are around. We see them flying overhead so I hope as our garden matures they'll find us.

The heliconias (Rostrata) are beginning to flower even though they look a bit shabby from being knocked around by the wind. I planted 8 different heliconias. Most haven't flowered yet, but generally they take two years after first planted, so I'm not concerned.

The brugsmania was blooming well during the week but by the weekend the flowers are starting to wilt. For such a small young tree it's doing well I think.

The clump of pink shell ginger is so huge in just a year we'll need to divide it once it's finished flowering.

Our hibiscus hedge has almost reached fence height. In a while I'll prune it back so it can thicken up.

So, our postage stamp garden is coming on well, all things considered. There are still a lot of gaps where extra plants can go, but for now I'd like the taller plants to grow and create some shade before filling in the understorey.

This is a very long story 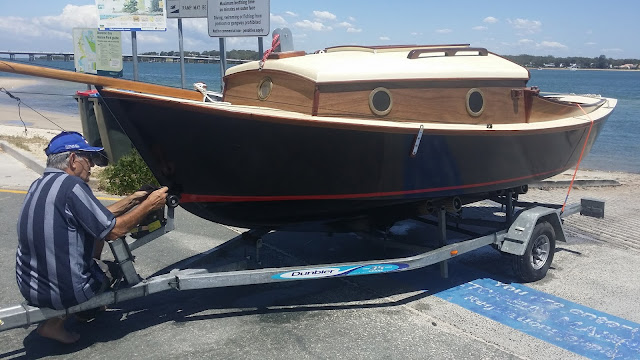 years in the making 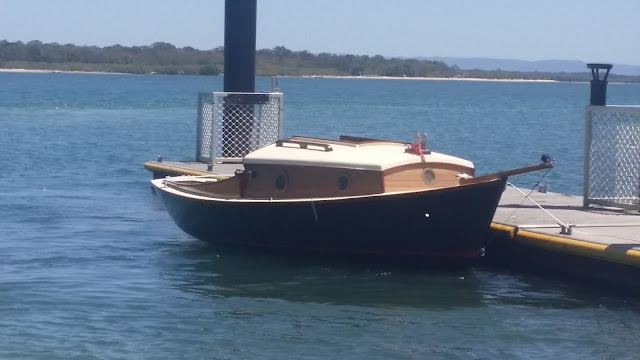 much less in the telling 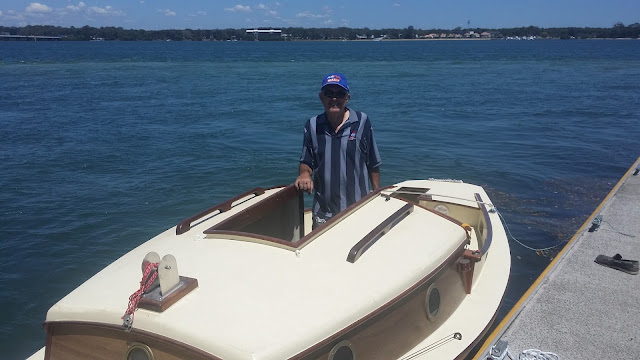 about a man who built a boat.

There's a happy ending - the boat has been launched.
and it didn't sink.
It didn't leak.
In fact
it's
perfect!